2015, one channel HD video with voice over, 15 min
Direction, script and narration in Swedish by Malin Pettersson Öberg, English subtitles 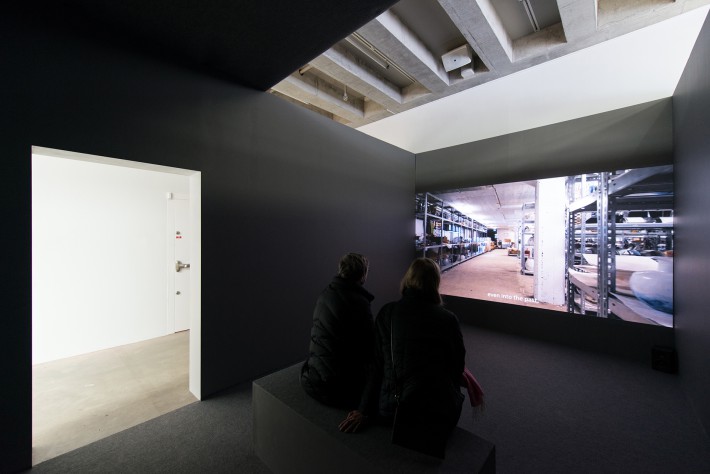 Quartz glass, at glass, insulating glass, self-cleaning glass, plexiglass, laboratory glass, crystal glass, berglass, optical glass. The applications and significances of glass for science and modern society are numerous. Glass is found in computers, telephones, glasses and lm cameras. We surround ourselves with buildings of glass. The problem with glass in ancient mes was that it was not transparent. Through experiments with the addition of sodium plants imported from Syria, the Italian glassmaker Angelo Barovier managed to produce clear glass in Venice in the 14th century. He called it ”cristallo”. Even the mirror was invented thanks to glass. Earlier, mirrors had reproduced distorted images, but now, through a mixture of n and mercury, it became possible to produce an entirely flat mirror. Leonardo da Vinci writes that it was the most important inven on for painting. When for the first time you could see yourself, and not just other people, a self-centered society began to emerge.       –        excerpt from voice-over

In her film Att läsa glaset (Reading Glass), Malin Pettersson Öberg explores glass as a cultural product, invention, concept and association surface with a point of departure in an archive for Swedish glass production. Through glimpses from one slow camera movement along the shelves of the archive, we are met by tableware and art glass from the previous decade. To the camera’s concrete reading of objects on the shelves, a second reading of glass through history and literature is added, in the film’s soundtrack. Here, a fragmented narrative is constructed through quotes and references to a number of sources. At regular intervals, the visual flow is interrupted by black gaps, as if to remind us of the eye blinks or the camera that we look through. The camera which, just as the telescopes and spectacles that appear in the film, has helped us see further and beyond the eye, even back in time. The film’s visual flow is accompanied by a musical interpretation composed by Samuel Nicolas (FR). In equal parts document and subjective reflection, Malin Pettersson Öberg wishes to raise questions about the significance of glass. How did it affect Swedish identity and culture, and what impact did it have on the construction of ”Modern” society?