Between 28 June – 18 July, Malin Pettersson Öberg will take part in G/AIR, the first session of a new international artist in residence-programme located in Gagnef, Dalarna. The project will run for two years and has been initiated by curator Sara Rossling, in collaboration with a. o. Mattias Nordström, organiser of the Gagnef music festival Skanka loss, and Lena Nordesjö from the Ottilia Adelborg museum. It centers on the legacy of Ottilia Adelborg, female artist and writer active in Gagnef between 1903 and 1936, and will after this first year of research continue with public presentations and exhibitions in Gagnef and Stockholm in 2018. More information about the project can be found on the project website: http://www.gair-gagnef.org/ and in Facebook. 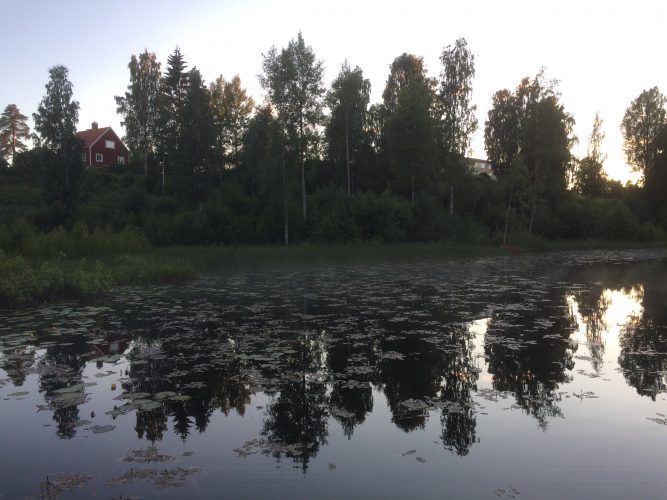 The non-profit cultural association GAIR (Gagnef Artist-in-Residence Programme), is working to establish an Artist-in-Residence in Dalarna. Our goal is to create a permanent place where Swedish and international artists can come and focus on their work, during a set period of time. The residency will be situated in Gagnef, and the residence period is about 3-4 weeks. GAIR is initiated by Lena Nordesjö director of the Ottilia Adelborg Museum, Mattias Norström artist and founder of the art space Missionen, Gagnef, and Sara Rossling art historian and curator, Stockholm.

To be able to give GAIR good preconditions for a fruitful and stable future, the two first years will be done as a research project in two phases. With an outlined research area and a clear structure, the years 2017 & 2018 will present possible ways of how to organize art, and activities related to art in the region. The research project is based on international cultural exchange where invited artists and lecturer reflects upon local values, history and cultural heritage together with institutions and citizens of the region. The project highlights artistic research because we believe that contemporary artists have a strong ability to point at overlooked aspects and visualize future images. Though, the aim is not to produce art objects, we rather focus on open processes, collaborations, and knowledge exchange. And each artist will work with the project on the basis of their practice. GAIR invites six artists, three with connections to Dalarna, and three international ones, to stay and work during three weeks. Alongside the project runs a public programme with lectures, workshops and artist talks. In 2018, the same group of artists will be invited back to Gagnef to compile their work and to give visual presentations at various places around Dalarna.

Simultaneously, the project examines conditions in Dalarna in terms of collaborations within the art field: artists, institutions, galleries, organizations etc. This programme gives public lectures by invited guests, public workshops and artist talks held by the artists themselves at various places around Dalarna. It also arranges excursions for the invited artists with the aim to introduce the international artists to the region, and to open up for collaborations between artists and institutions. This also means spreading knowledge about Dalarna abroad, and give local artist international contacts.

The public programme rests upon three broad themes based on Ottilia Adelborg ́s life and artistic practice: “Organizing through Art” – Ottilia organized herself with other women, discussed gender issues (before women had legal right to vote in Sweden). She also founded a school of handicraft dedicated to young women, to become more skilled and less economically dependent. Also, Ottilia ́s sister Gertrud Adelborg whom she lived with, was a lead figure in the women socialist movement in Sweden. “Identity, Social Exclusion and Belonging” – Ottilia Adelborg moved to Gagnef from Karlskrona in 1903 after a visit which made her so fascinated by the landscape and the people, but she herself never became one of them. However, she documented the population with her illustrations, collected objects from the surroundings and founded (together with Clara Wahlström, Anna Falk and Lotten Falk) Gagnefs Minnestuga, today Dalarna’s oldest folk museum. “Art and Social Commitment” – Ottilia is perhaps best known for her written and illustrated children’s books, through which she became involved in the children’s situation and role in the society.

THE HERITAGE OF OTTILIA ADELBORG – an international exchange and artistic research in Dalarna draws attention to the artist and author Ottilia Adelborg (1855-1936), and examines her artistic practice and how her ideas and thoughts could be applicable today. Why an Artist-in-Residence? In a similar way, Ottilia Adelborg sometimes offered her and her sister ́s home in Gagnef, where artists could come and focus on their work undisturbed.