Tokyo research residency and presentations in April + May 2016

In April + May 2016 Malin Pettersson Öberg has been invited for a research residency at Youkobo Art Space in Tokyo, Japan, in order to continue an associative research departing from French author Georges Perec’s writings on space/the room and the year 1974, when his novel Species of Spaces and Other Pieces was published. She will enquire these topics through the ”lens” of Japan and its various spaces, including those linked to the earthquake, tsunami, and nuclear disaster of 2011, to precarious living- and working conditions, and concepts of travel and transitoriness.

Most welcome to an open research-in-progress presentation at Youkobo Art Space on Sunday May 22nd, 6 pm. Another open presentation will take place at the University of Tsukuba, Faculty of Art and Design, on Wednesday May 25th, 6 pm. (Previously in May, a presentation was held at the Tokyo University of the Arts as part of Jaime Humphrey’s course.) 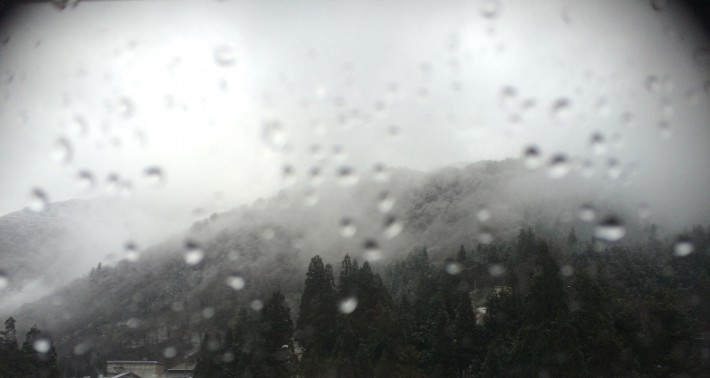 One lens through which Pettersson Öberg approaches the idea of space and the year 1974 is Japan’s seemingly paradoxical relationship to radioactivity and nuclear power. How does it formulate in literary and visual culture historically and today? With Japan’s continuous earthquake risks, the atom bombs dropped over Hiroshima and Nagasaki (1945), and the Great Tohoku earthquake and tsunami followed by the nuclear disaster in Fukushima (2011) one might wonder how nuclear power plants can still be running. Who benefits from an industry that endangers so many people’s health and what has been the opinion on nuclear from the Japanese people?

In an associative study based as much on encounters, field trips and collecting of visual material as on reading and research – activities partly limited by cultural and linguistic translations – Pettersson Öberg enquires the concept of space in a wider sense. She visits traditional and established ”spaces” such as street festivals, temples and shrines, the modern and transitory buildings and infrastructures of Tokyo, as well as precarious spaces and environments like those of San’ya and Kotobuki-cho in Yokohama. She enquires events and places related to the year 1974. These spaces link in with issues of social welfare and protest, shortage and appropriation of space, and dependence/independence from the state and family – all reflected through the mirror of Swedish culture and society. Pettersson Öberg uses essayist formats and appropriation in her work, which previously a.o. has resulted in a ”guide to Japan in advance” based on text and images from earlier guidebooks produced in the West, and visits to ”Sweden Hills” in Hokkaido, enquiring the image of Sweden in Japan. Her overall practice is occupied by the processes and changes taking place in contemporary global society. It revolves around migration and cultural translations, travel, displacements and their destabilising as well as transformative effects on our understanding of the world and ourselves.

Pettersson Öberg’s research will be carried out at Youkobo Art Space and the Japan Foundation Library in Yotsuya, as well as through meetings with university lecturers, activists, artists and writers. She will visit Fukushima and Onagawa on the coast struck by the earthquake and tsunami in 2011. During her stay she will continue former dialogues and collaborations with Japanese universities through presentations and guest critiques at the Tokyo University of the Arts and Tsukuba University of Art and Design. Pettersson Öberg’s research is the continuation of several earlier research trips to Japan, funded by the Helge Ax:son Johnson Foundation, the Sweden-Japan Foundation and the Swedish Arts Grants Committee. She has previously participated in a duo exhibition in Sapporo (2012) and made a radio program for Konsthall C/Stockholms Närradio in Sweden (2014), based on interviews with Japanese artists on the effects of the earthquake and tsunami. Her current research will serve as the base for a new text and video installation to be exhibited and published as part of the project Species of Spaces 1974 – An Inventory of Remembered and Forgotten Rooms (work title) at Uppsala Art Museum, Sweden, Sep-Nov 2016. Her work will be shown in Stockholm during the fall and later hopefully in Paris and Japan.