If you happen to be in Marseille, please pass by Galerie Gourvennec Ogor and the opening of the exhibition Last Dance where I participate with a new film. The exhibition is part of the official program of Marseille-Provence European Capital of Culture, and goes on until February 8th. Opening Thursday 19th December 6 – 9 pm.
Review of the exhibition (in French) available here.

At the end of the year of European cultural projects in Marseille, Last Dance focuses on the concept of the event and the ephemeral celebration. The exhibition is named after Donna Summer’s song, evoking the idea of a cycle coming to an end; of a closing party as well as of mainstream culture. The collision between contemporary art and mass culture manifests itself in the peculiar timing and rhythms of the artwork and of the art structures of today (from the curatorial statement, Le Syndicat Magnifique, 2013) 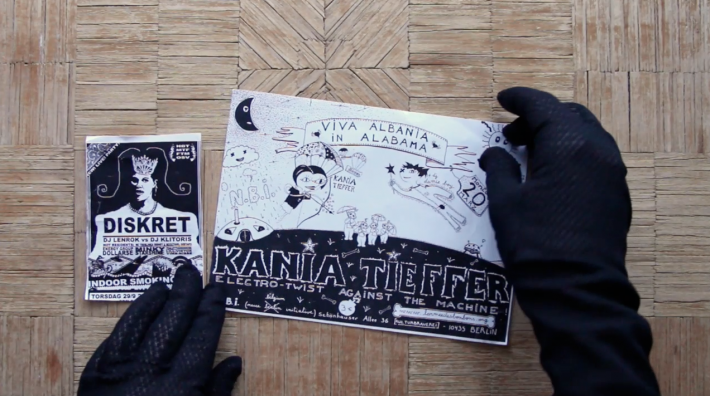 Quodlibet – a form of Trompe-l’œil painting practiced by Dutch artists between 1655 and 1675. In these compositions, small objects such as letters, sketches and work tools were suspended with ribbons against a wooden background. They were then depicted in three-dimensional, illusionist ways, often to convey a story of the artist in coded form. […] In the book Looking at the Overlooked I read: Taxonomy is the name given to the branch of knowledge that deals with classification; the taxonomist takes a body of phenomena (plants, animals) and groups them into species and genera, according to criteria which the taxonomist creates for the purpose of analysis. By placing objects side to side we can compare them. We can discover their differences and similarities. By isolating them we can study them. How is this black color different from this black?