Uppsala konstmuseum (Uppsala Museum of Art) are on Wednesday 8 April 6 pm – 8 pm arranging a thematic evening with a lecture and performance in connection with the current exhibition Translation Theme Park – Japanese Contemporary Art. The curator of the exhibition, Leif Holmstrand – visual artist and writer – compares cultural translations to the lustful attractions of the theme park, which pulls you along and and shakes you up. During the evening Holmstrand meets with the artist Hiroko Tsuchimoto (Japan/Sweden) in a performance. Under the title The Stranger´s Always You they investigate otherness and the projection of beliefs. The artist Malin Petterson Öberg will talk about her ongoing project in the lecture Cultural translations – Japanese artists about identity and Fukushima. The project was initiated in 2012 in collaboration with Hiroko Tsuchimoto. Language: Swedish. Most welcome! 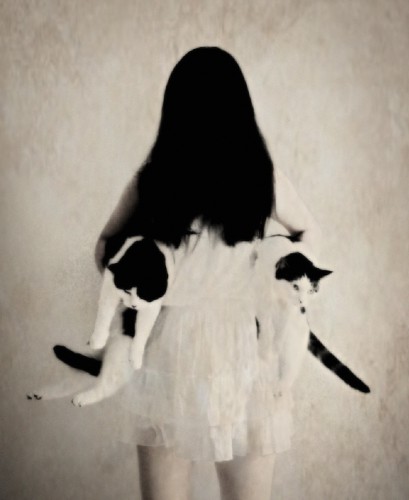 The exhibition Translation Theme Park has earlier been shown at Galleri 21 and Galleri Ping-Pong in Malmö. In it, nine artists from Japan are presented, with identity and cultural translations as a bearing theme. The extreme manifestations of popular culture meets with contemplations of nature in the aftermaths of the tsunami and nuclear disaster in Fukushima. The exhibition is an exchange between Sweden and Japan.

Leif Holmstrand (b. 1972) is the exhibition’s curator and active as an artist, poet and writer in Malmö. Right now he is active with the novel Städer som inte är städer (Cities that are not cities).

Hiroko Tsuchimoto (b. Sapporo, Japan 1984) is an artist educated at the Royal Institute of Art and Konstfack in Stockholm and at Musashino Art University in Tokyo. With a background in textile design she has come to work as a performance artist in Sweden and internationally. Hiroko Tsuchimoto and Malin Petterson Öberg carried out an event at Konsthall C in Hökarängen in 2014 where Hiroko Tsuchimoto developed the performance Situations of Kekko.

Malin Pettersson Öberg (b. Falun, 1979) is educated at the Royal Institute of Art and Konstfack in Stockholm as well as at EnsAD in Paris. With the essay as a format she creates art pieces about how places and identity are described and transformed. During a research trip to Japan in 2012 and 2014 the artist visited the village Sweden Hills, where 3000 people live in houses fabricated in Leksand, Sweden. The journey came to revolve around cultural appropriation. In conversations with artists and cultural workers she explored the relationship to nature, work, and the effects of the nuclear disaster in Fukushima. The project has resulted in the radio program Wrapped Words: Listening to Japan, which was broadcasted at Konsthall C through Stockholms Närradio in 2014.