On Monday 29th September at 8pm the Filmform News programme of 2014 will be screened at Bio Rio in Stockholm.
The screening programme is 62 min and costs 50 SEK. Most welcome! 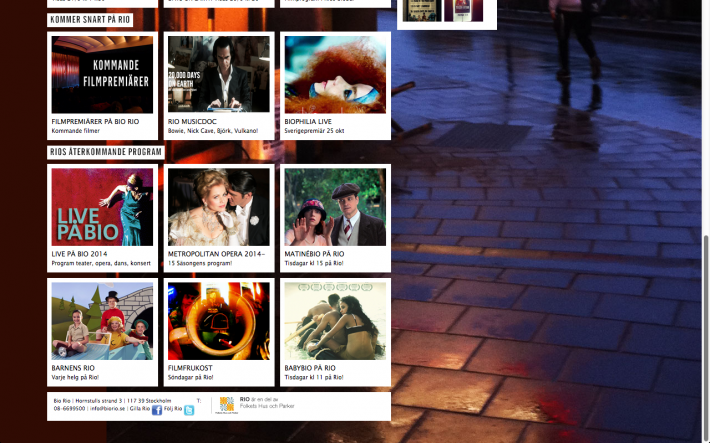 Paula Urbano: It’s We
4:05 min, 2013, color, stereo, 16:9, HD
A video about how race is performed in everyday life. In a silent speech Urbano turns to a stranger suggesting instead of defining, comparing or judging; to see, hear and witness the “them” in the “us”.

Karin Khilberg & Ruben Henry: Analytical Chronology of Three Dimensions
4.18 min, 2011, color, stereo, 16.9 HD
Analytical Chronology of Three Dimensions is an experiment in developing a visual or cinematic grammar based on the spatial-temporal properties of lingual grammar. Grammatical tenses become camera movements which form relationships with a building, a book on geometry and the projection of the video itself.

Felice Hapetzeder: Yesterday was no good day (Lost Monuments)
6:00 min, 2014, color, stereo, 16,9, HD
An explorer of projects has reached the end of the road in search for creative meaning. The desire is to travel, the search for The Project and historical mystery. Is the artist a postcolonial tourist of sorts, a self-imposed challenger of cultural frontiers?

Malin Pettersson Öberg: Everyday Archives II (Flyers 1998 – 2008)
12:24 min, 2013, color, stereo, 16:9, HD
Images from an archive of flyers collected during travels in Europe are arranged side by side by gloved hands. Formal and thematic connections between the images occur as we listen to quotes and notes on the history and mechanisms of collecting; of time, objects and their relations to our identity.

Magdalena Dziurlikowska: Mother of Pearl
22:00 min, 2013, color, stereo, 16:9, HD
Dziurlikowska plays both herself and her mother, and reenacts their conversations. The film is about her mother’s sometimes overwhelming anxieties. Their discussions culminate in heated arguments that may seem comical to the uninitiated observer, but all dialogue is based on real events. The film is made in collaboration with Niklas Rydén.